Unification of the Mind!

Our conference this past weekend was titled the Unification of the Mind: Envisioning a Reunified Korea. For the sake of our vision, we decided to assume reunification. With this assumption, participants collaborated in groups to solve hypothetical problems that a reunified Korea would encounter. These problem-solving activities occupied the entire second day of the conference. As one of the conference organizers, I led the “Education” problem-solving group during the morning session and the “National Security” problem-solving group for the afternoon session. These problem-solving activities brought together Korean-Americans, South Koreans, North Koreans, and Americans in an enriching experience of sharing and listening, informing and being informed, educating and being educated. The problem-solving groups were designed to provide an interactive space for individuals from various backgrounds- but who have interest in the Korean reunification- to exchange ideas and come to a solution to their given problem as a team. For many of the problems that required extensive knowledge of North Korea, our North Korean friends proved to be invaluable. Their knowledge and experience of their homeland contributed to their groups’ efforts.

To give you a glimpse of what went down on Saturday, the “Transportation” group’s presentation of their solution to the issue of building a peninsula-wide network of transportation across a reunified Korea relied on the critical knowledge of the North Korean participants. Much to our surprise, one North Korean participant reported that several airports outside of Pyongyang already exist and they can serve as foundations for air transportation during the early years of reunification, to reduce expenditure. In the “Education” group, high school students, college students, and recent college graduates presented the standards of learning and curriculum for a hypothetical school district in reunified Korea.

What set the tone for this (rather successful if I daresay) second day of the conference was the lectures by two George Washington University professors that took place on Friday evening. The first day of the UotM Conference kicked off with two feature lectures by Professor Mary Beth Stein and Professor Shawn McHale who did us a great honor by accepting our invitation. Our vision for this first day was to contextualize the Korean reunification with historical examples of national reunification, namely Germany and Vietnam.

Professor Stein grounded us first with an overview of the quite sudden reunification that took place between East and West Germany. She opened by telling us of a saying. The barriers in one’s mind are harder to break down than physical walls. Germany is now a single state but has yet to achieve national cohesion- in other words, a unity of the mind. A lot of this had to do with the socio-cultural dimension of reunification. What the Germans could have done better were: 1.) reconsider unrealistic expectations of a speedy reconciliation; 2.) better appreciate the rapid changes in the lives of former East Germans; 3.) better anticipate diverse political and cultural issues; and 4.) recognize demands for unification and reconciling with its Communist past.

Professor McHale briefly covered Vietnam’s colonial history and began his lecture with the triumph of Communist Vietnam over its Southern counterpart. Vietnam’s reunification came about through military force; South Vietnam collapsed and North Vietnam swept south with troops. Throughout his lecture, Professor McHale emphasized the need to question the justness of the victors’. In other words, if Korea were to follow Germany and Vietnam, where one regime triumphs, will the victors be able to restrain themselves? In Vietnam, the triumphant regime harshly imposed their system over the South, imprisoning and “reeducating” any dissidents. McHale called the period from 1975 to 1986 the Victors’ Justice. The Communists “were drunk of victory” and while there wasn’t a tremendous bloodbath, North Vietnam suppressed all potential enemies.

Many similar thematic strands ran through both Professor Stein and Professor McHale’s presentations, but what impressed the conference most was the message for humility. What Korea can learn from Germany is, in the case of an absorption-style unification, to recognize the dignity of North Koreans and their Communist past. In a reunified Korea, both Koreas should approach each other as equal partners in building a new future- rather than a benefactor / beneficiary relationship. As a fellow Asian nation which also shares a post-colonial experience, Vietnam should serve as an important lesson for Korea. Given South Korea’s economic and industrial success over North Korea, a plan for absorbing North Korea into the Republic of Korea should not be taken lightly or for granted. Careful thought must be given to how much the dominant regime will impose their system over the other. Without careful planning and reflection, reunification can easily fall from being a joyous occasion to a draconian one.

Since the 1990s, micro-reunification has been occurring in Korea as North Korean defectors have been assimilating into South Korea. Their resettlement process has been the focus of many sociological works detailing their struggles and challenges. What the Unification of the Mind Conference taught me personally is that both now and in the future, it should not just be North Koreans who need to adapt to a new system. Rather, South Koreans must also be willing to adapt, meaning that the new, reunified Korea will not be a larger South Korea but a new Korean nation that will pride itself in the North Korean and South Korean heritage. 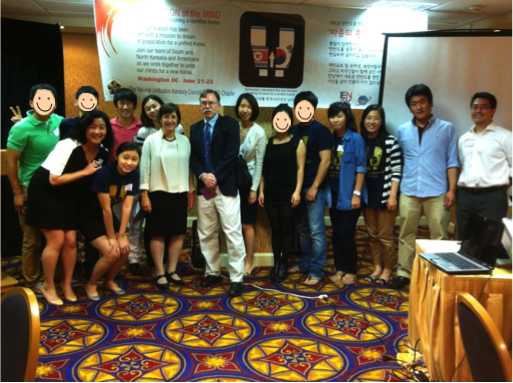