2015 Unification of the Mind Conference

On May 2nd, 2015, ENoK hosted its second “Unification of the Mind” conference at the John Marshall Library in Alexandria, VA. With a similar format and objectives as those of the first rendition in 2013, the second “Unification of the Mind” hoped to convey the importance of embracing “North Koreanness,” as opposed to trying to “correct,” “improve,” or “enlighten” North Koreans.

The PSA leaders—David Tian, Andrew Hong, Linda Dye, Lisa Orme, and Grace Jo—led separate PSA discussions, for which the participants were divided according to their interest. For these group discussions, participants took on particular roles in a simulated setting and, as a group, attempted to solve a given problem, which had been prepared for each topic by the organizers before the conference.

Thirty-nine participants attended the conference, thirteen of whom were North Koreans (defectors), three South Koreans, fifteen Korean Americans, and eight non-Koreans. Through the PSAs, we hoped that a candid dialogue and exchanges of varied perspectives, ideas, and experiences would take place among these participants of diverse backgrounds, helping them understand and embrace each other despite their apparent differences.

2013 Unification of the Mind Conference 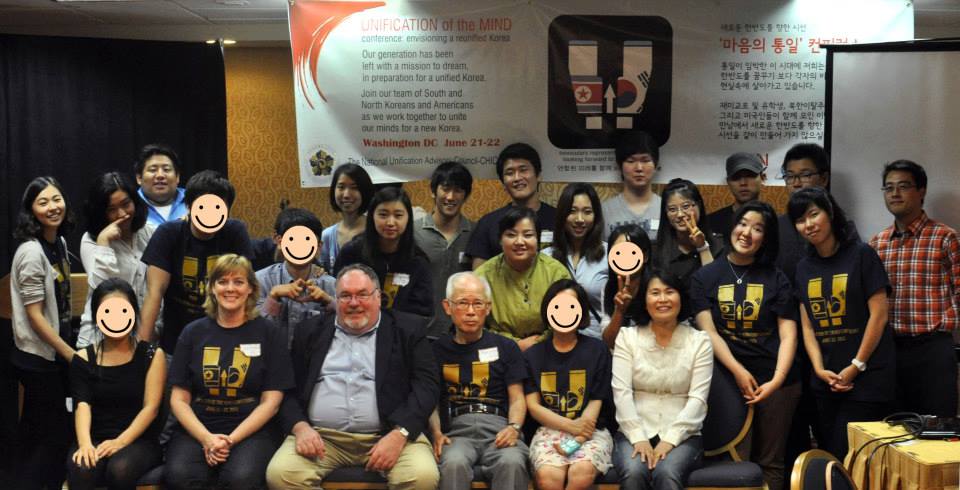 On June 21st and 22nd, 2013, ENoK hosted its first conference in collaboration with NKUS. The vision of the conference was the “Unification of the Mind.” The organizers first conceived this conference because they wanted to dream. They wanted the participants—the young generation of our time—to envision a Korean society where no one group is looked down upon, belittled, or undermined by another on account of their different accents, different appearances, or different backgrounds, but rather these differences are embraced. ENoK wanted anyone with love for the Korean peninsula—whether he or she is from South Korea, North Korea, or America—to be united in one mind.

In order to encourage the conference participants to envision such Korea, the organizers devoted the bulk of the conference program to what they called the Problem-Solving Activities (PSAs), in which the participants would be divided into different groups, and within each group, participants would take on particular roles in a simulated setting and solve a given problem as a group. The organizers’ vision was, through this type of interactive activities, the participants will have an opportunity to share their own views and hear the perspectives of others from different backgrounds on issues related to the PSA problems and also share personal stories and experiences with each other. In this way, the conference could help break down any existing “walls of the mind”—prejudice against and/or misconceptions of people from other backgrounds—among the participants.

In addition to the PSAs, ENoK also invited two guest speakers who shared about two countries that had experienced a separation within themselves. Also, the participants shared food (three meals together), clothes (conference T-shirts provided by ENoK), and lodging, which furthered the conference goal of bringing people from different backgrounds closer together.